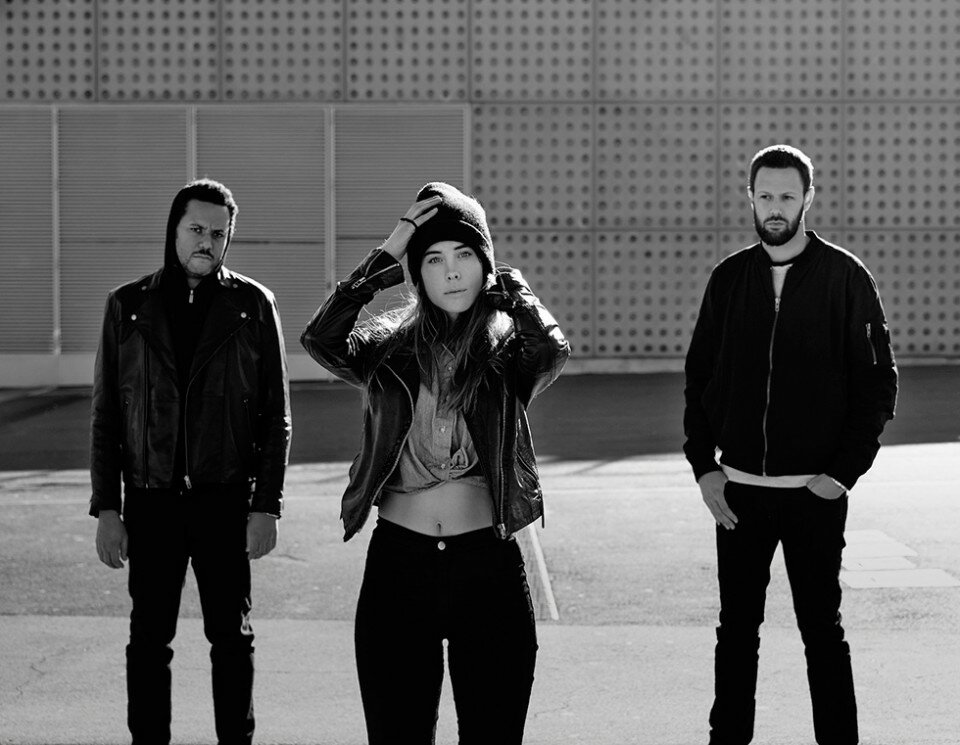 “I don’t know about songwriting rules, and I didn’t go to music school,” Stina explains. “It’s more about a feeling I want to get out. Psychology has influenced me because it gives you so many tools to think about life and situations in deeper ways”. Stina now works in a mental hospital in her free time. “I like to have that world alongside the music, because the music industry takes itself so seriously. If you work with something really different, you get reminded that things aren’t so important, and the world won’t die if you don’t get a mega-hit.”

Despite her laid-back attitude, Stina threw herself into songwriting projects when she returned to Sweden during her long university holidays, having signed a publishing deal with Warner Brothers at the tender age of 17. In fact, it was through her publisher that she was introduced to Tobias and Michel aka Astma and Rockwell. Having worked together for ten years, primarily on hip hop, the production duo were looking for a vocalist for a new pop project. The three found instant chemistry, and soon became the trio now known as NONONO, a name which highlights an important philosophy for the band. Having been pushed into musical projects that they didn’t want to do, it became clear that in order to do the music they really wanted, they would have to start saying no, no, no. “We look at it as something that is really positive… to have the courage to say no to things you don’t really want to do. If you say no to a job, or finish a relationship, it is often viewed as a negative thing, but it means you can start something new,” Stina muses. She adds that it is now her life motto.

This thoughtful sensibility is reflected in their much-hyped debut release “Like The Wind”, to be released in the UK and Europe in early May through Best Fit Recordings. Described by Popjustice as “a song you are going to listen to once, then immediately feel like listening to again, setting in motion a repeat listening frenzy that will last well over three hours,” it has also been championed by tastemakers including The Guardian, Notion and The Quietus.

“Like The Wind” is to be preceded by the anthemic “Pumpin Blood”, set for a Scandinavia release this week, and due out in the UK and the rest of Europe early summer. Having previously been described by The Guardian as “the kind of percussion-heavy, gloom-tinged pop which brought Niki & The Dove to the masses last year”, this track swerves the group in a new direction, with its overwhelmingly positive sentiment and rousing whistling hook. In fact, we expect the track to be universally adopted as the far superior “whistle song” (if only Flo Rida hadn’t got there first). With its instant appeal and summery feel, expect to see this track propel NONONO to anthemic status.

The band are currently finishing their debut album, which they describe as “dark and beat-orientated,” for the most part, although the mood will likely improve as the seasons change in Sweden. The aim? “We would really like if someone gets a feeling that they can take from it. We want to make an impact and for people to be touched,” says Michel. “Most importantly, it is going to come from the heart”.