Having just completed a short stint of shows in New York, including an opening slot supporting Jessie Ware at the legendary Bowery Ballroom, FAYE performed at Brooklyn’s Glasslands on Thursday this week.

A huge thank you to our old friend Cory Smith who made it out for the show to take these rather stunning images. You can check out this other work over here.

FAYE returns to the UK in February for a string of dates. She’ll headline the London Roundhouse Studio alongside Sportsman and NONONO on February 22 – tickets are available here priced at just £6. In addition, she’ll also open for Sky Ferreira at the sold out White Heat show at Madame Jojo’s, Lonon on February 26. Further UK dates to be announced in due course. 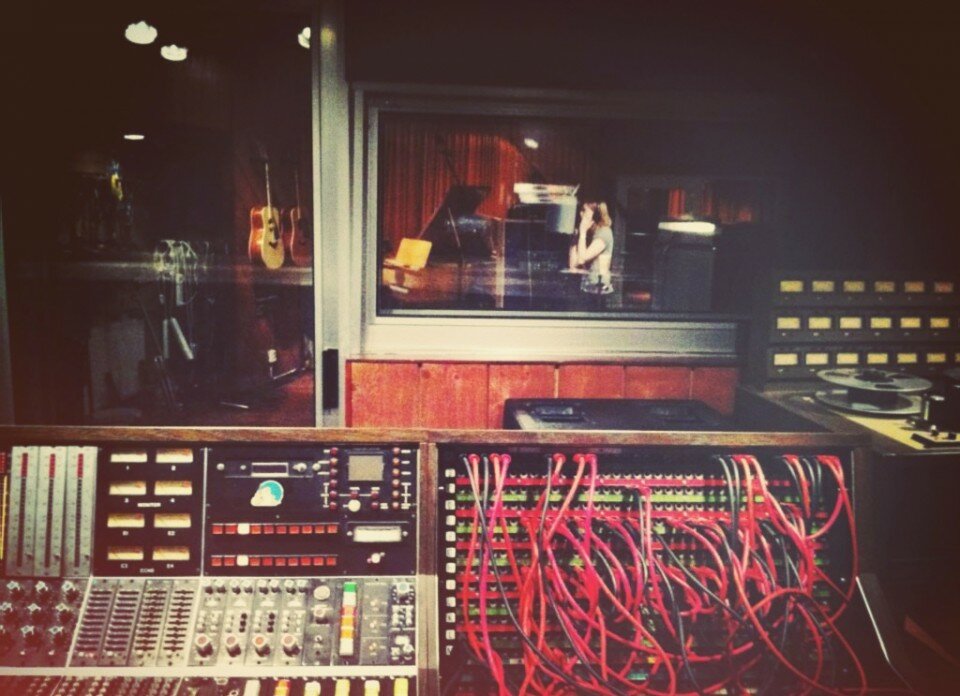 Pictured above putting the finishing touches to her debut album at Stockholm’s famous INGRID Studios (home to Lykke Li and Peter, Bjorn & John), FAYE heads out for her first American shows later this month.

Opening for Jessie Ware at the legendary Bowery Ballroom on January 17, she’ll then go on to play two more dates at Glasslands and Pianos the following week.

FAYE returns to the UK in February for a string of dates. She’ll headline the London Roundhouse Studio alongside Sportsman and NONONO on February 22 – tickets are available here priced at just £6. Further UK dates to be announced in due course.

‘Breathe Out’, FAYE’s latest single is out now and available at iTunes. Watch the stylish black and white video below.

Eddi Front swung by a New York studio with pianist Dan Chen to cut this magical rendition of ‘Texas’ back in September of last year.

Captured beautifully by Yours Truly, the live session was premiered over on Pitchfork. Take a deep breath and immerse yourself in the startling performance below.

Eddi Front will make her debut US performance this month at The Slipper Room in New York on January 24. Tickets are available here priced at $12.

FAYE returns to the UK in February 2013 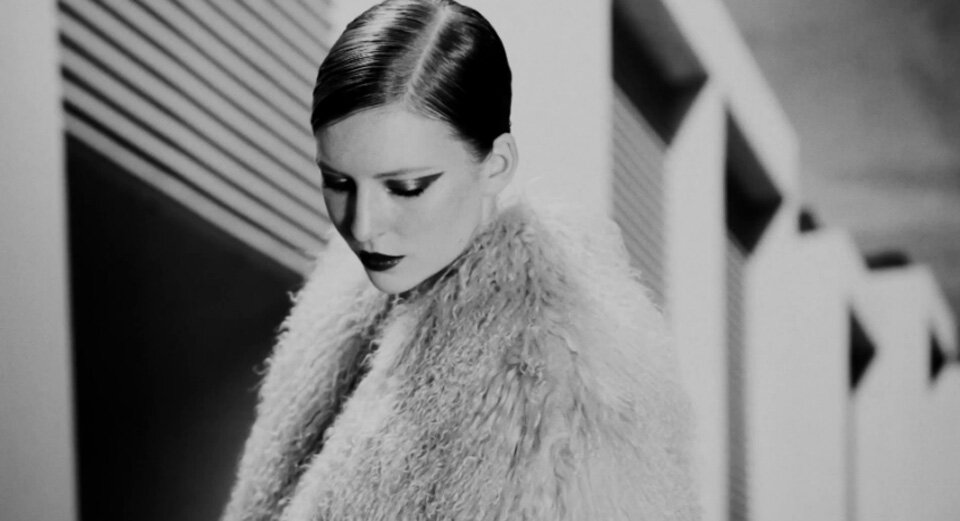 Best Fit Recordings will curate an evening of brand new music at London’s Roundhouse on Friday February 22. Confirmed to headline is FAYE with the remaining line-up due to be announced shortly.

The brand new video for FAYE’s recent single ‘Breath Out’ is coming very soon. Check out the stream below and pick up a copy via iTunes.

FAYE will open for Jessie Ware in Stockholm on December 3. 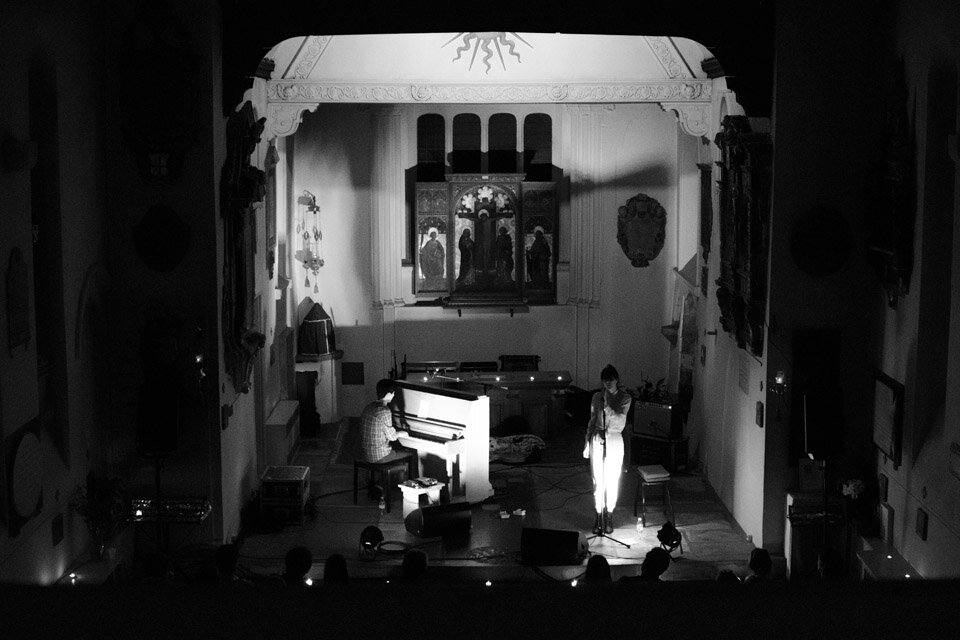 Last week, Best Fit Recordings’ Eddi Front played to a sell out crowd at London’s St Pancras Old Church. The audience reduced to a hushed silence throughout, the 45 minute set took in tracks from the self-titled EP alongside brand new songs such as ‘Meat’ and ‘Stars’. Culminating in a moving rendition of the Meat Puppets’ ‘Oh Me’, the set marked the start of what is doubtless to be an incredibly exciting 12 months for the Brooklyn based artist.

Eddi Front EP is available now from iTunes. A limited edition 10″ vinyl pressing is to be released soon: pre-order a copy via the Best Fit Recordings store. Head over here to watch the breathtaking new video for ‘Gigantic’.

A big thank-you to Howard Melnyczuk for the photographs. 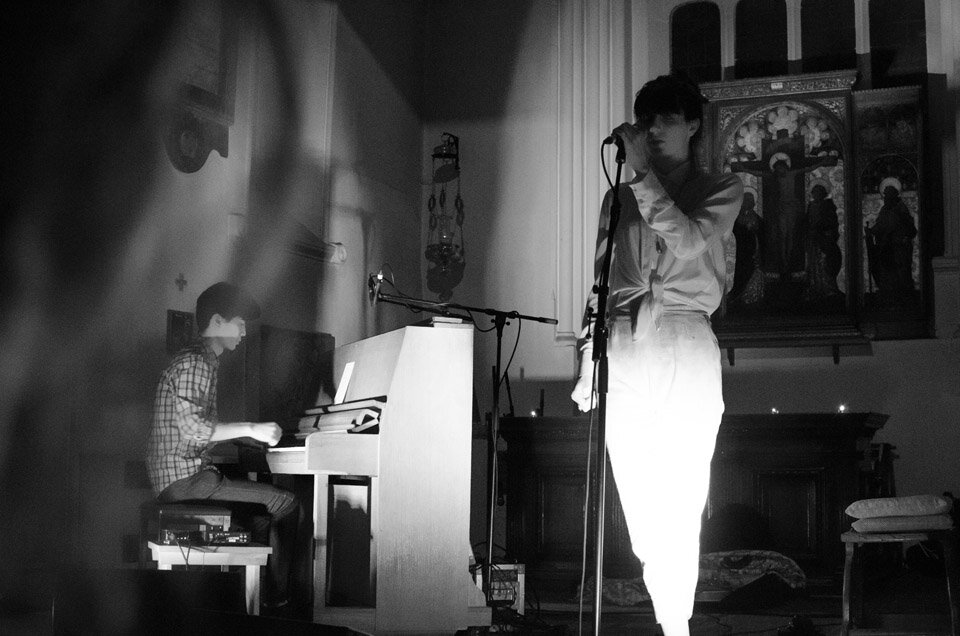 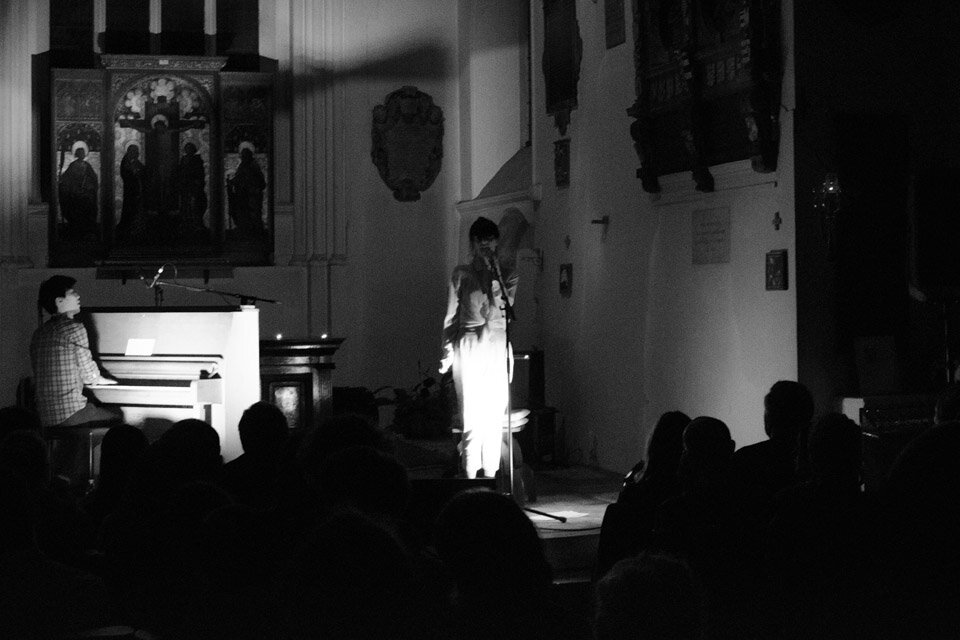 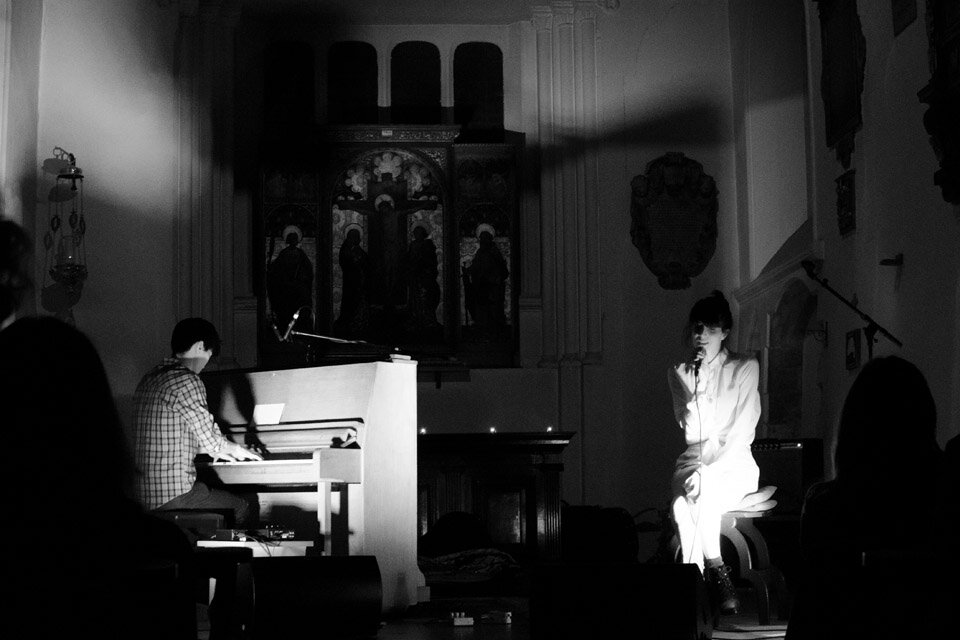 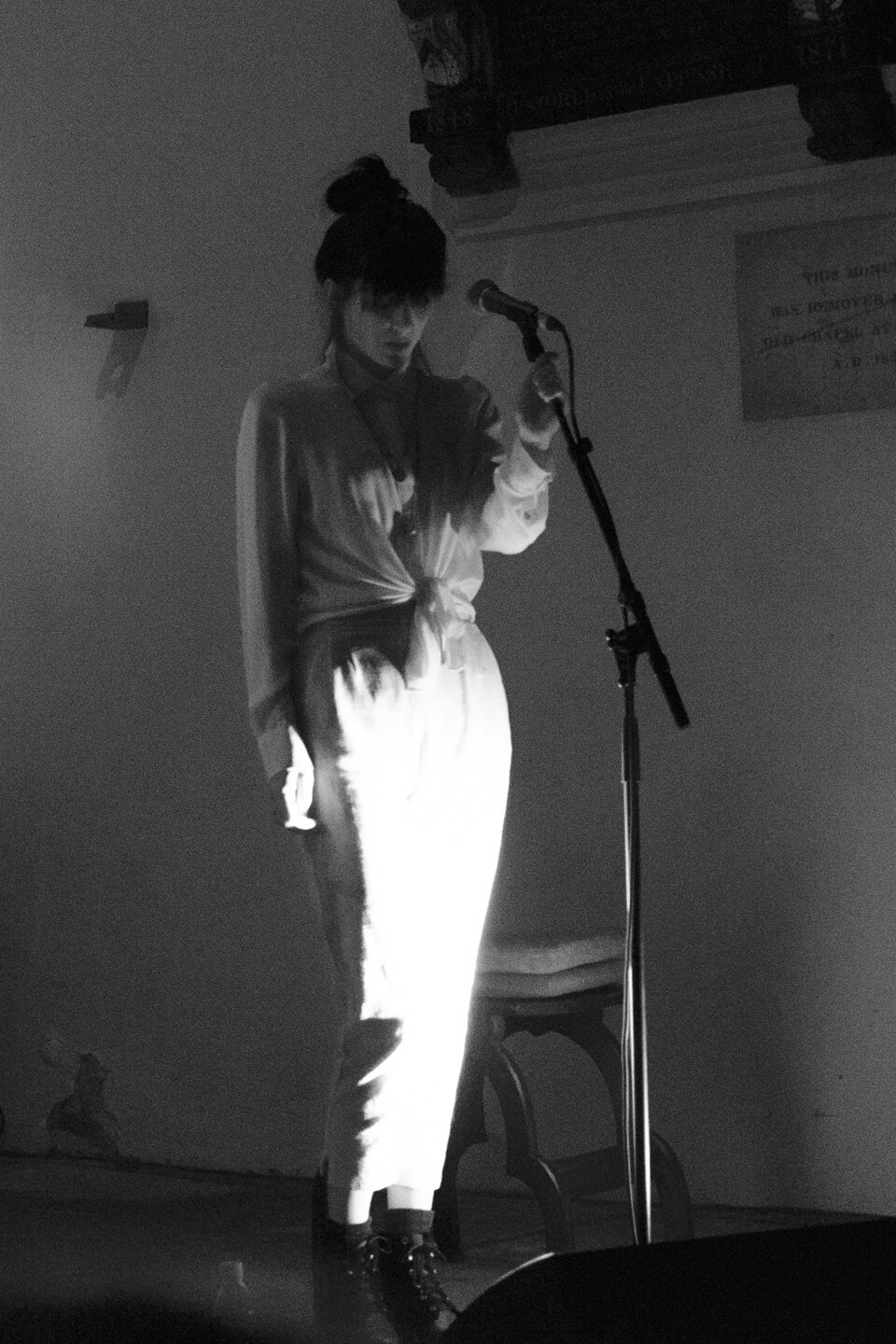 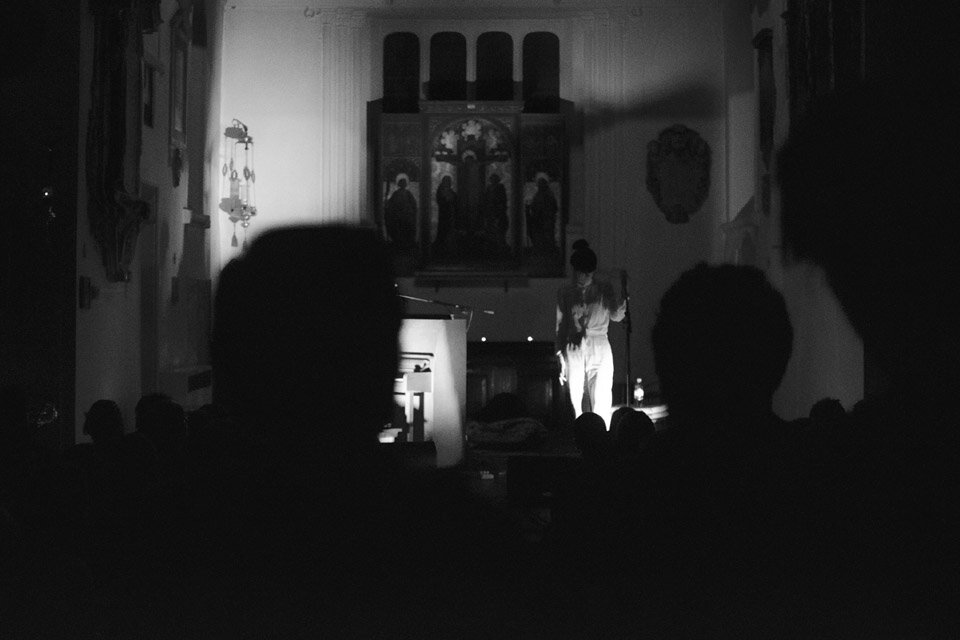 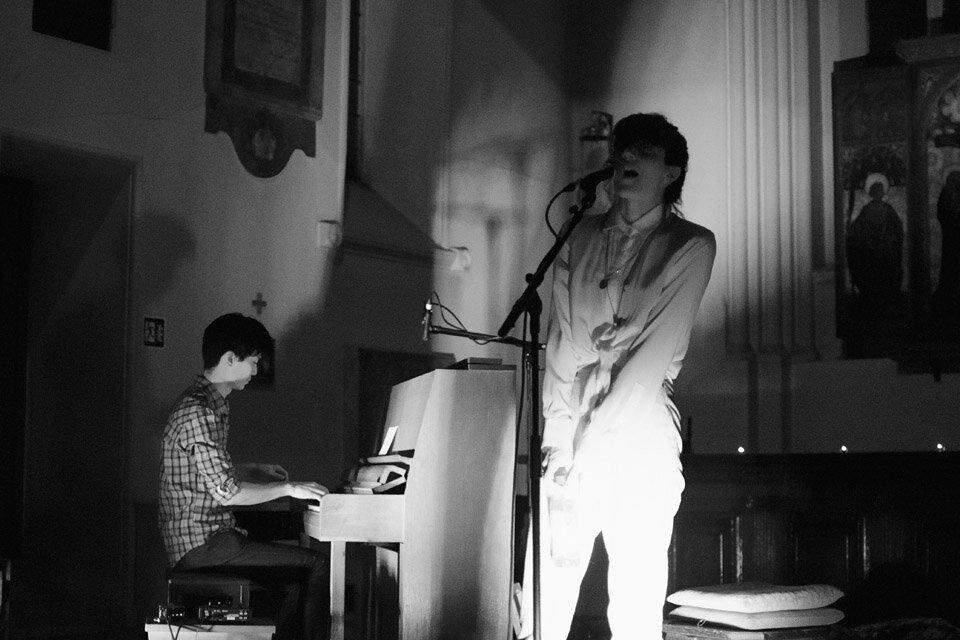 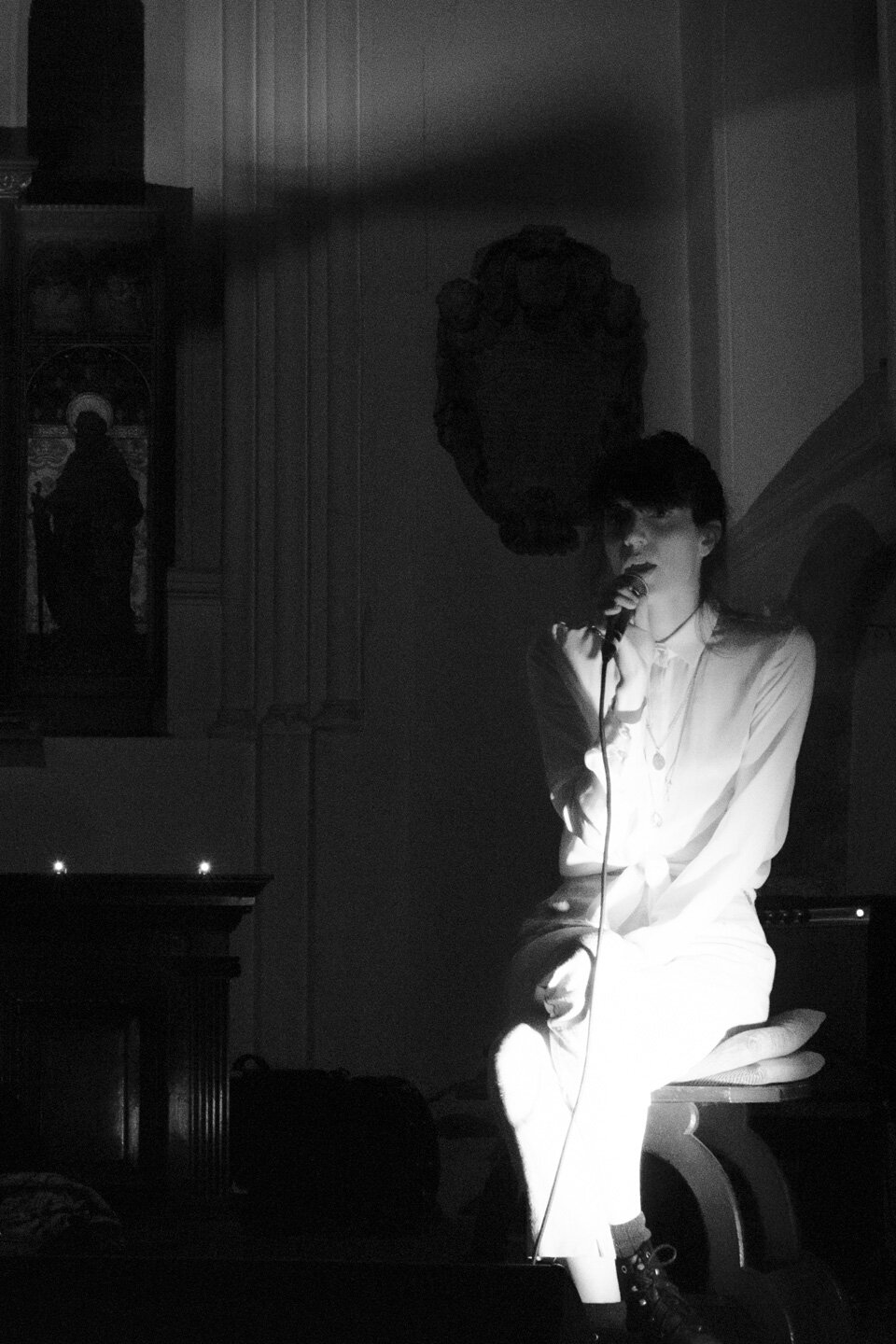 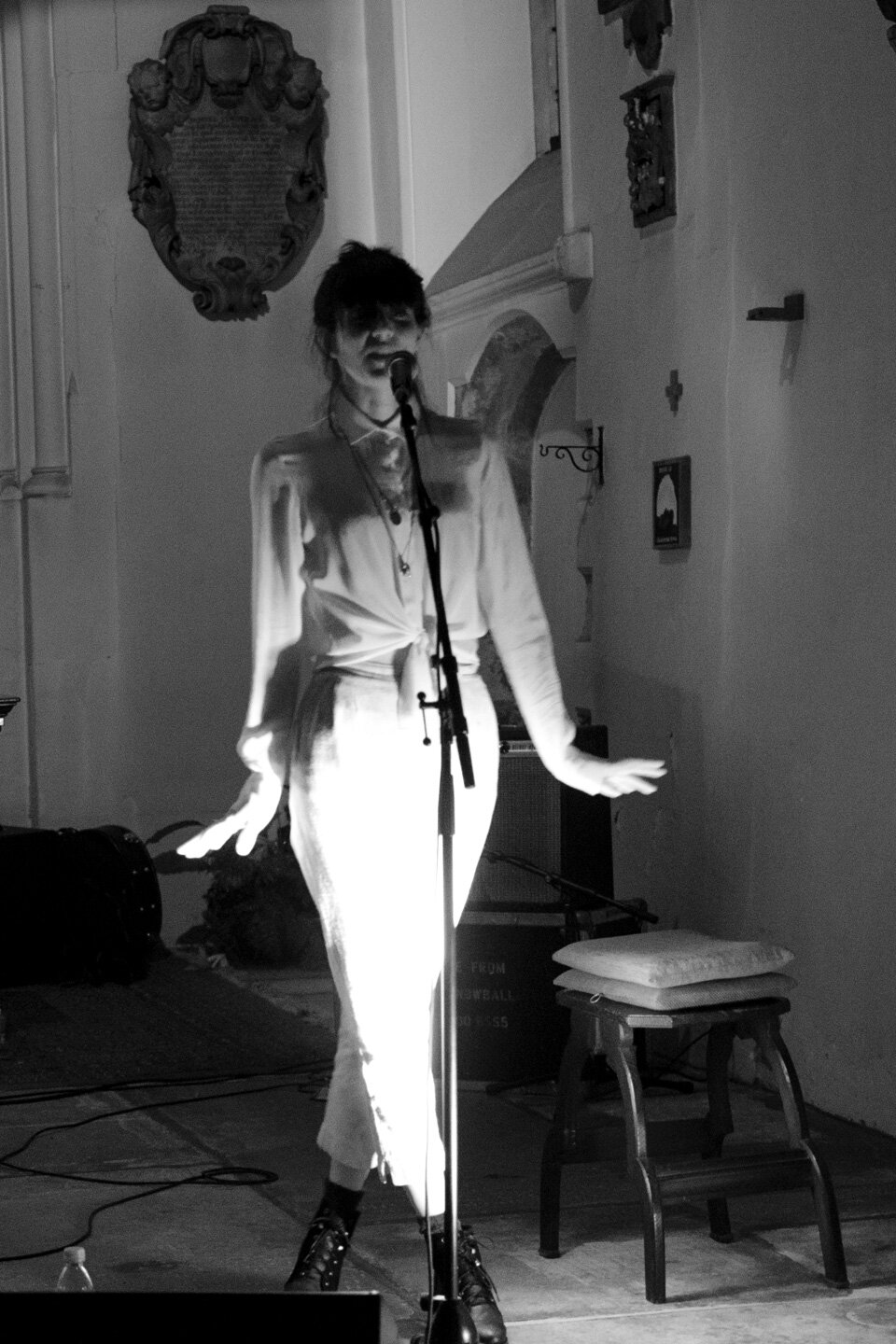 The debut EP from Eddi Front, out now on iTunes

The spell-binding debut EP from Brookyln based siren Eddi Front is out now via all good digital merchants. Made up of three original songs and a heart-breaking cover of Nick Cave’s ‘Into My Arms’, the self-titled EP is as perfect an introduction to Eddi’s guarded world as one could ever wish for. Described as “simply breathtaking” by The Independent whilst The Sunday Times hail it as “a wonderful debut”, we’re truly convinced this is the start of something huge for this incredible young artist.

There’s an unmistakably noirish quality to Eddi’s exquisitely poised ballads and her words, backed simply with shivering piano and guitar, are full of sweet menace. But her voice – breathy and beguiling – belies the force, and sometimes filth, of her lyrics. As an old-fashioned purist when it comes to building and recording a track, it means her songs are haunted with a creaking, dusty, old music hall quality.

It took a long time for Eddi to even be persuaded by her musician friends into a studio. Having been so devoted to simply recording the song in the moment on her four-track, anything more high-tech, she says, “felt like cheating.” The resulting studio recordings that shape her self-titled debut EP have lost none of the charm of those humble introductory demos, retaining that hazy, dreamlike quality. 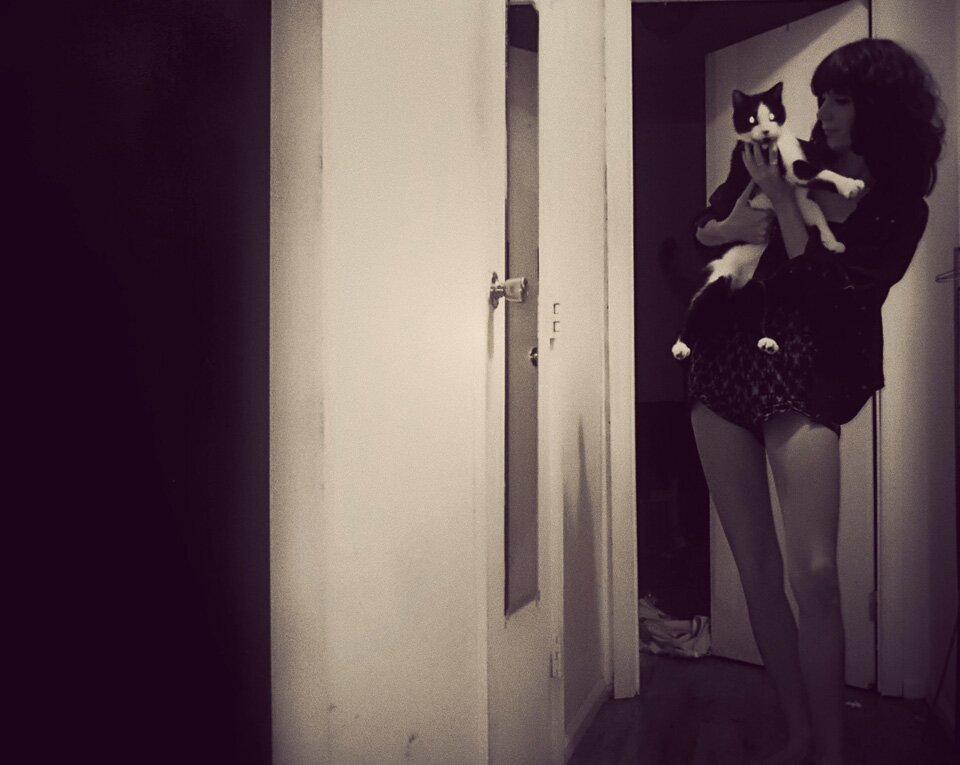 We are extremely proud to announce that the debut EP from New York based siren Eddi Front will be released through Best Fit Recordings on November 5. 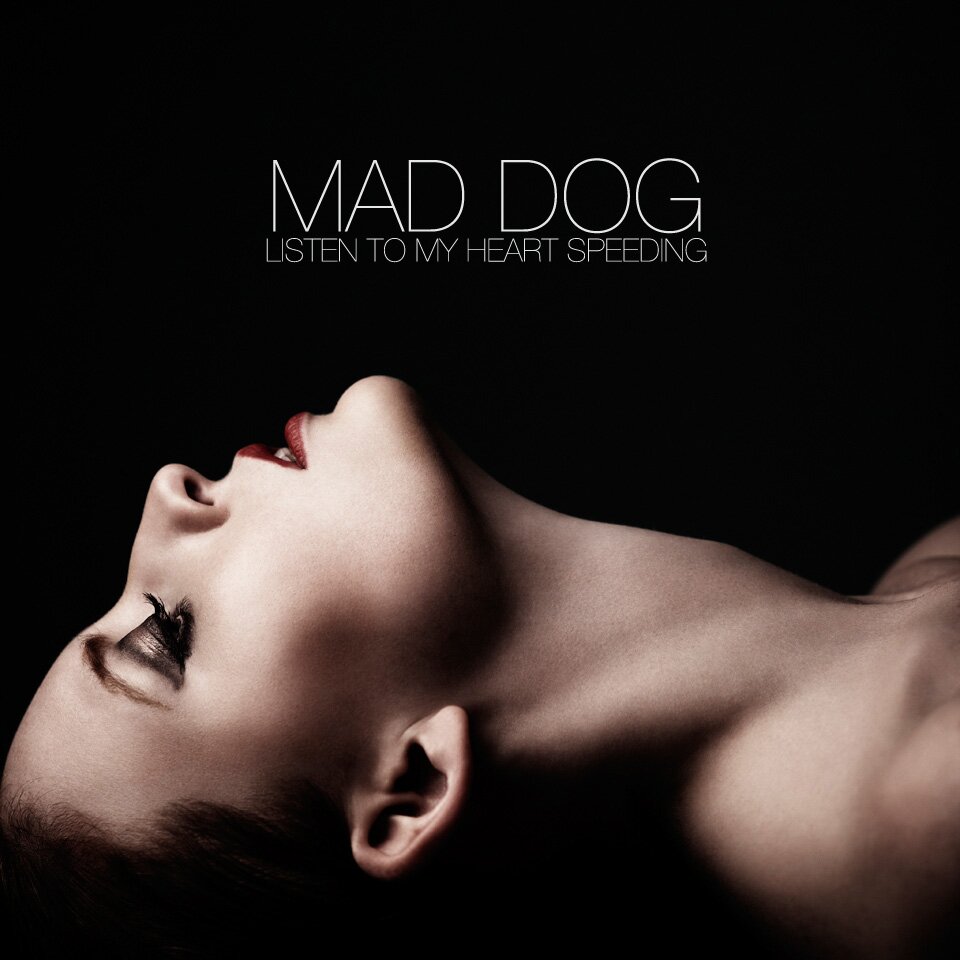 Fresh from recording a track with Swedish super-producer Kleerup, FAYE preceedes her new single ‘Breathe Out’ (out in October) with the defiant stomp of ‘Mad Dog’ – a free download available now via Soundcloud.

Like previous single, the electro-ballad powerhouse ‘Water Against The Rocks’, both ‘Mad Dog’ and the forthcoming ‘Breathe Out’ were produced by Stockholm based production duo Montauk. Expect more soaring, euphoric vocals and solid, rousing beats a-plenty.

FAYE will return to the UK in October for a handful of dates including a show with the hotly tipped Syron and Foxes at London’s White Heat club and an entirely free show at East London boozer The Shacklewell Arms. 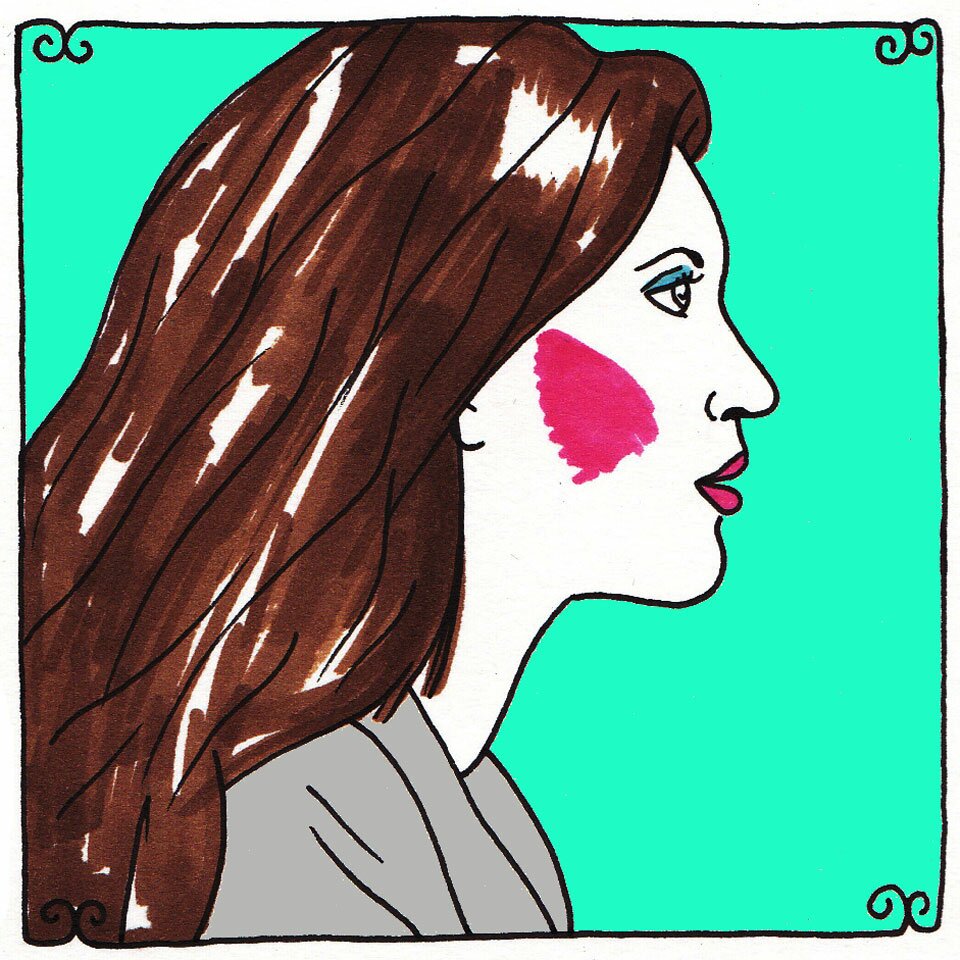 Fresh from recording a track for the new Kleerup album, FAYE returns today with the unveiling of new material via her Daytrotter session. The session includes new tracks ‘Have You Ever Seen Me Down’, ‘Intro’, ‘Blonde’ and a gorgeous stripped back rendition of recent single ‘Water Against The Rocks’, which is still available on limited edition 7″ vinyl. Pick one up from Rough Trade. Check out some photos from the recording of the Daytrotter session below.

Listen to the FAYE Daytrotter Session in full here.

FAYE will also be returning to the UK in October, after a date at POOL during Berlin Music Week… 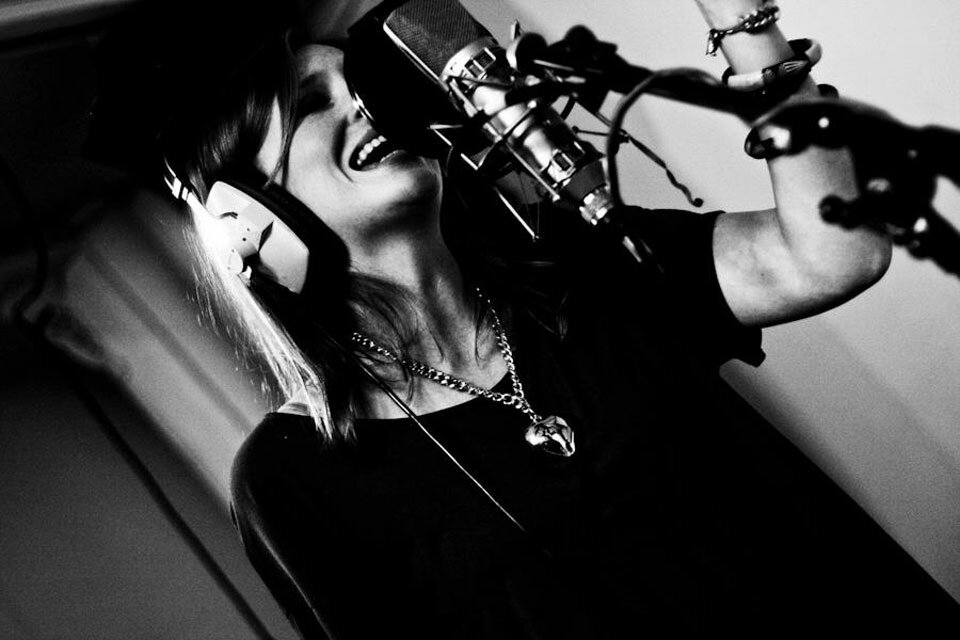 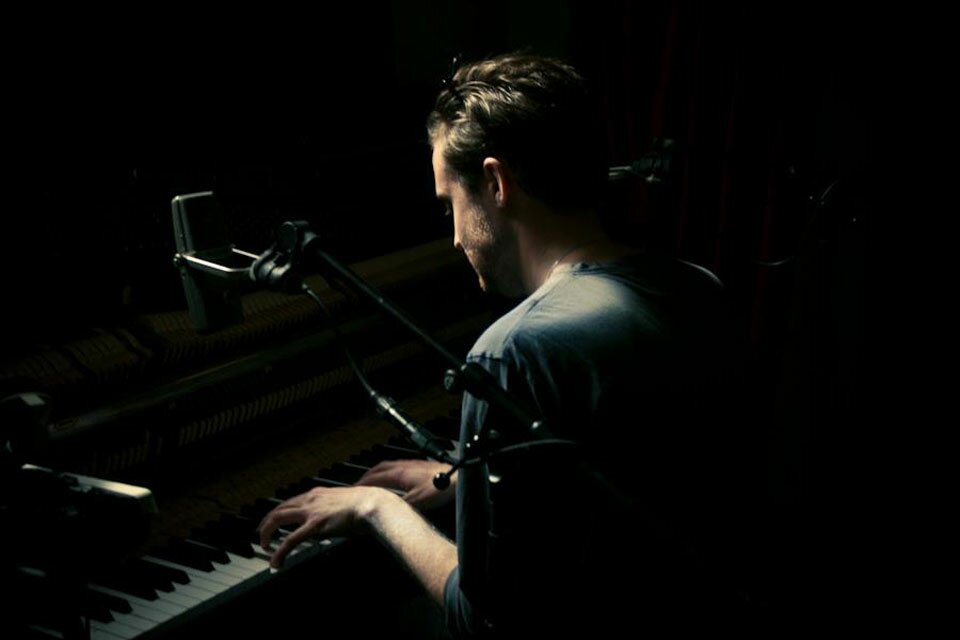 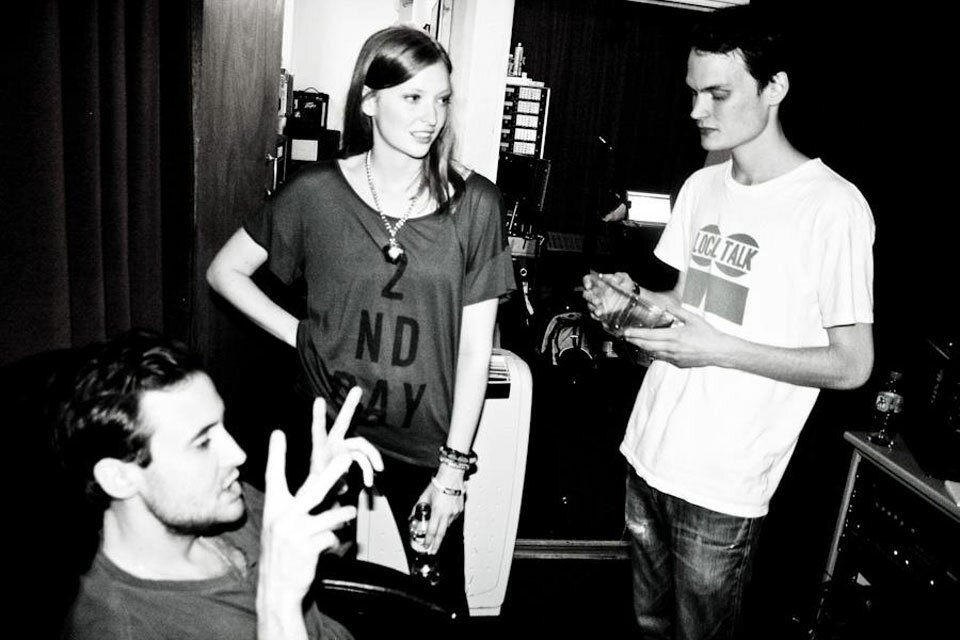 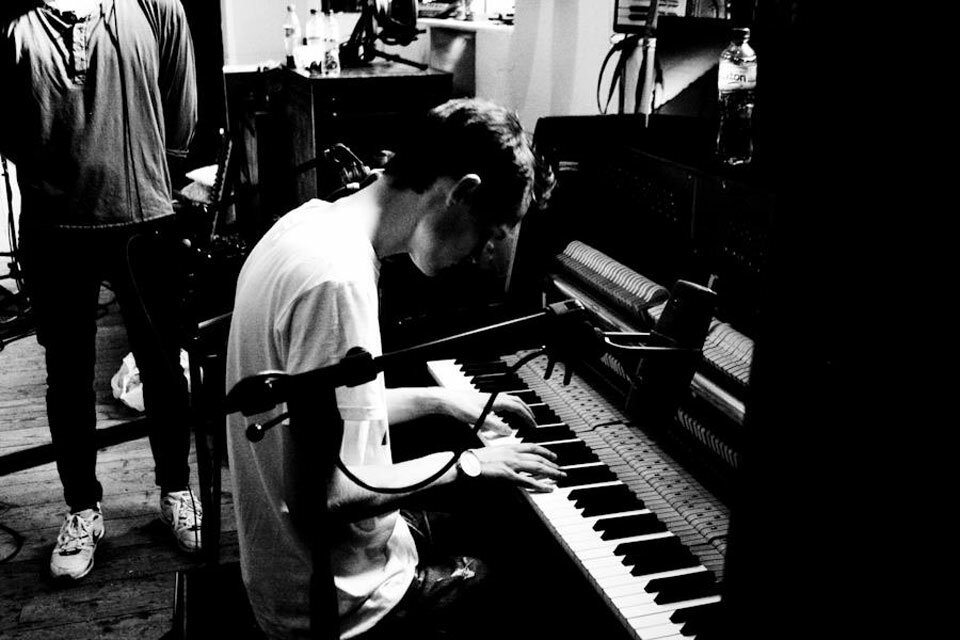 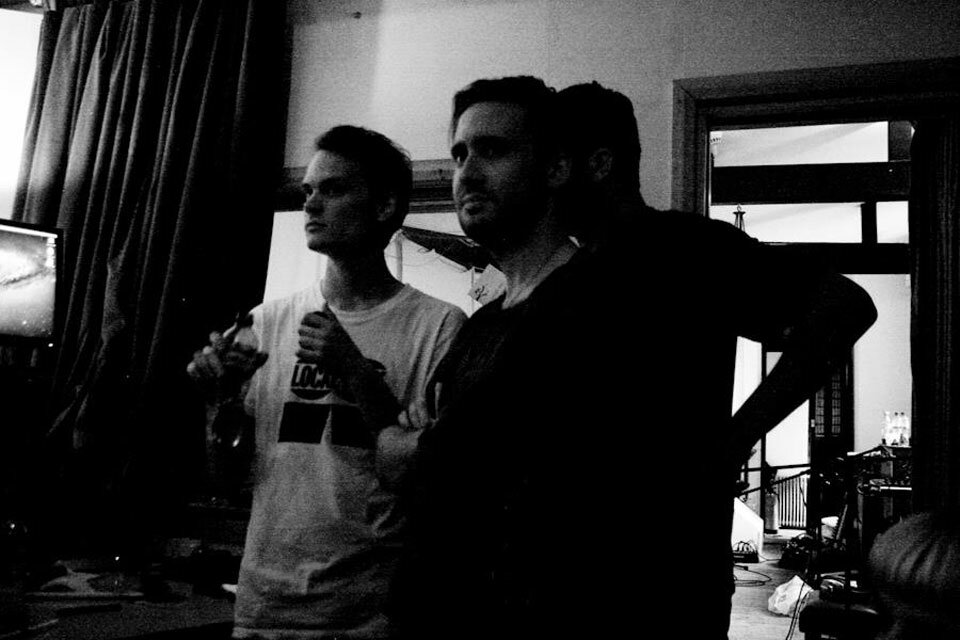 Huge thanks to Victor Lundmark for capturing these wonderful images of FAYE performing live at the Popaganda Opening Party in Stockholm last night. 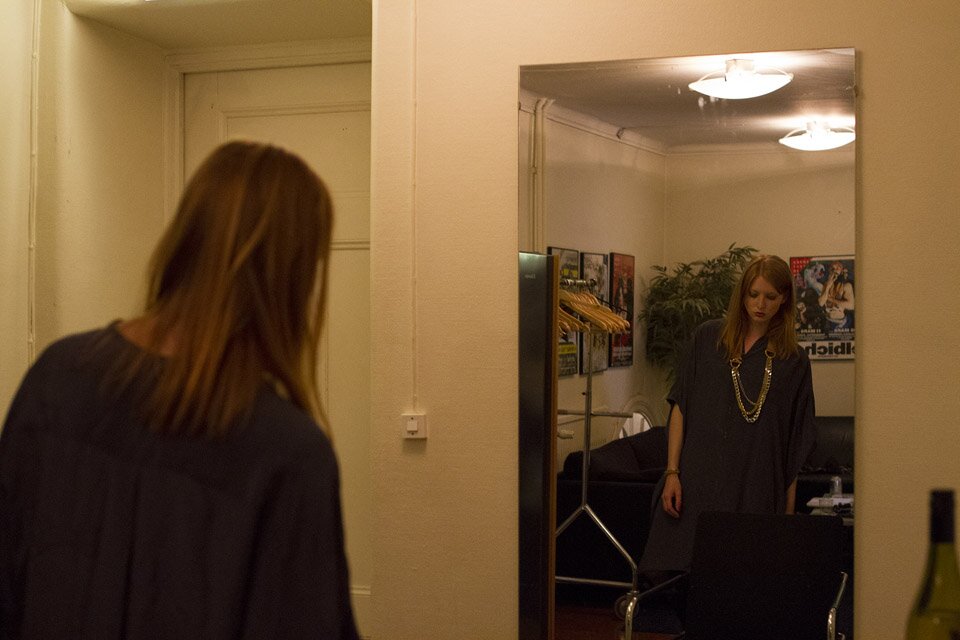 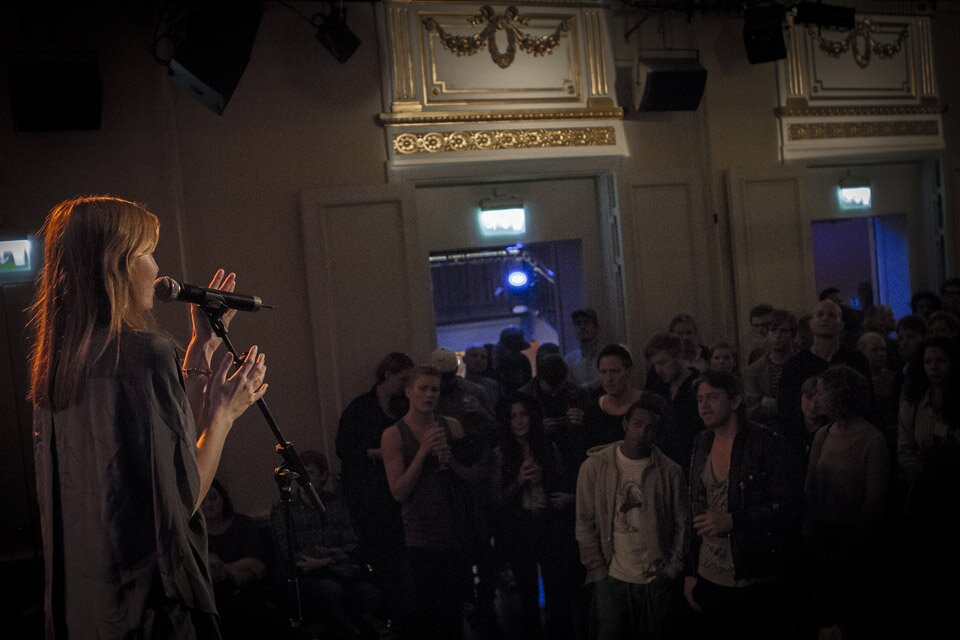 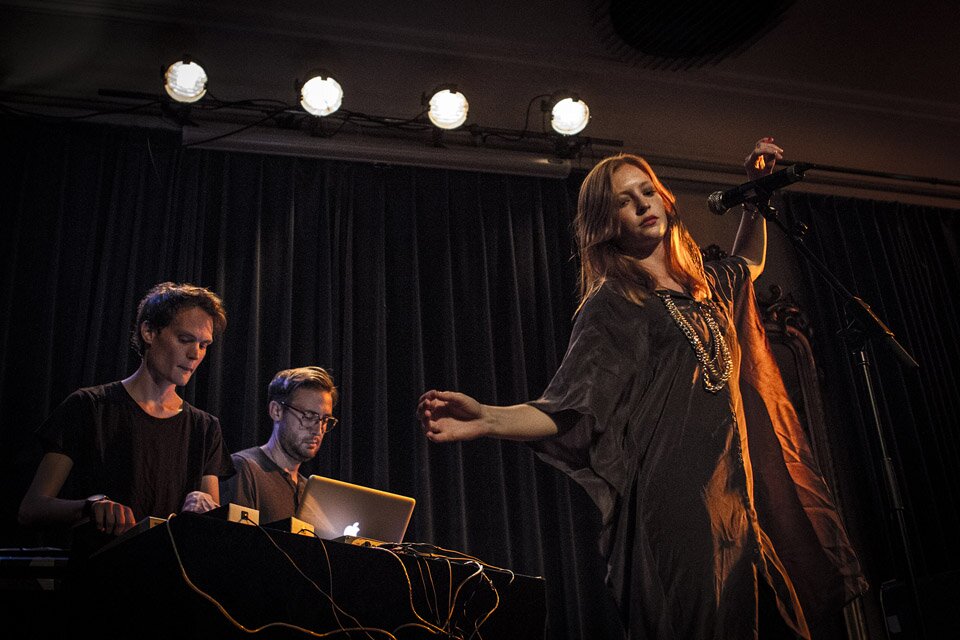 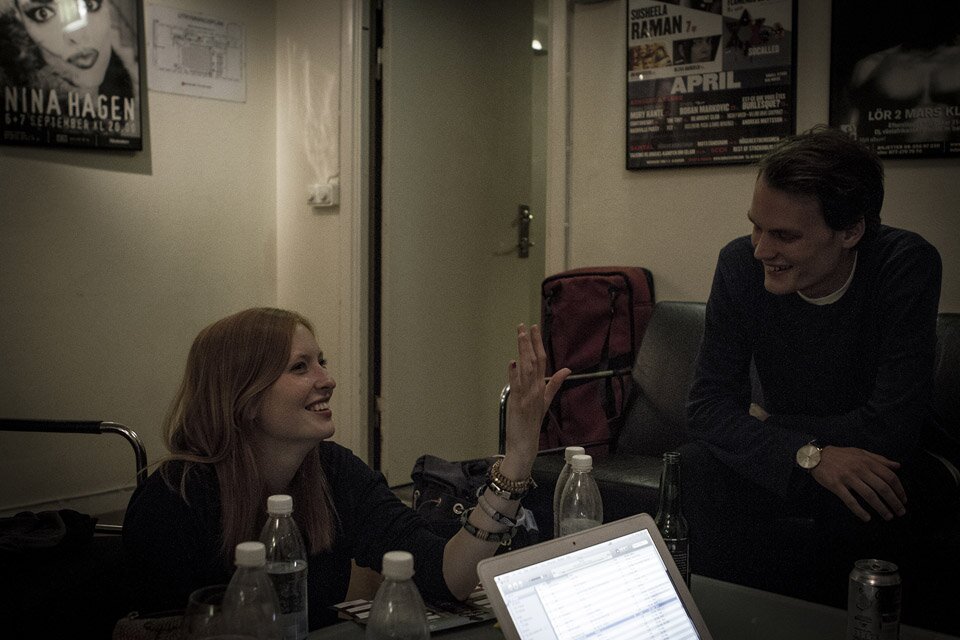 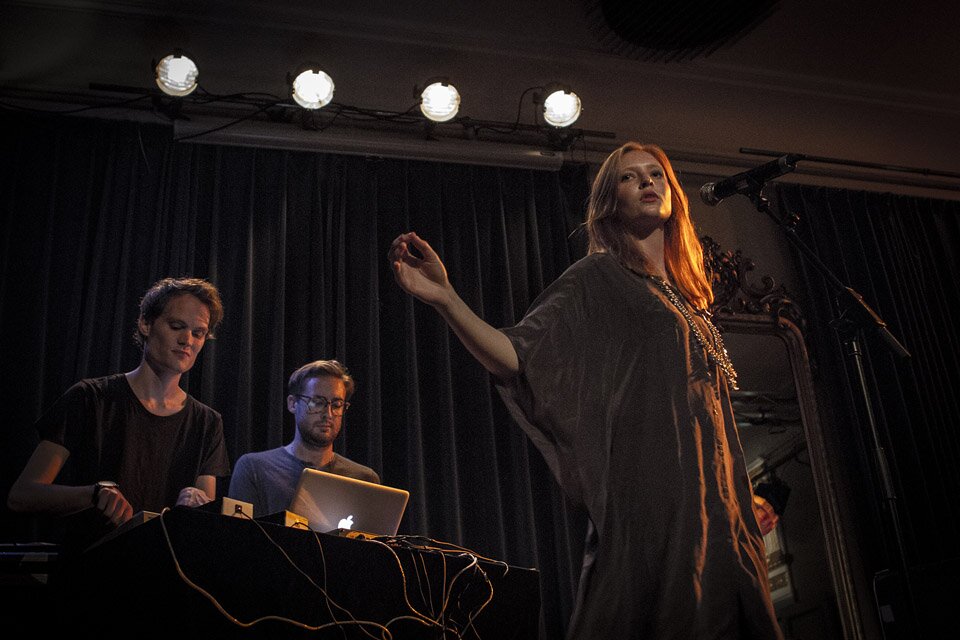 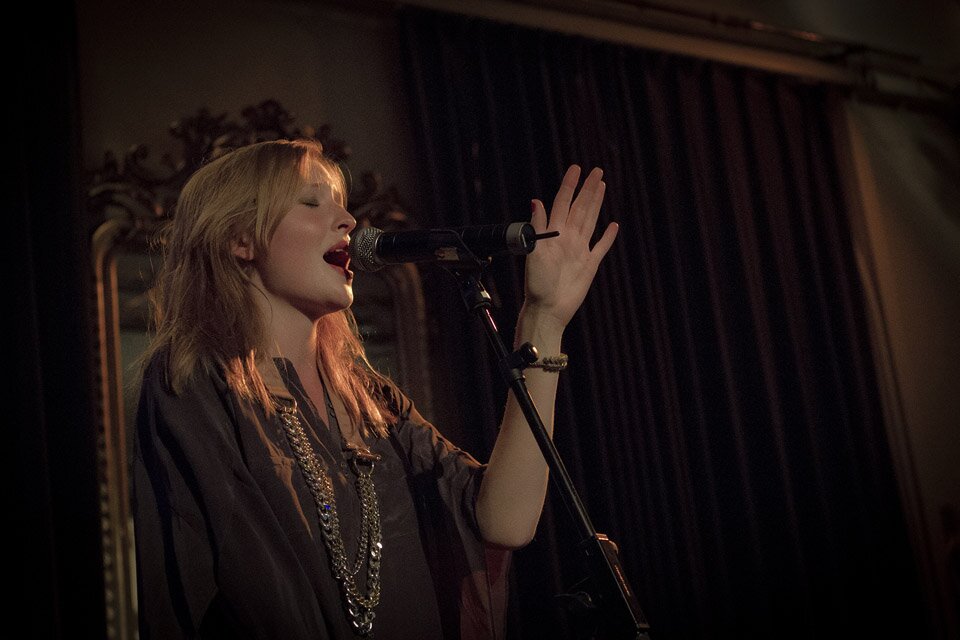 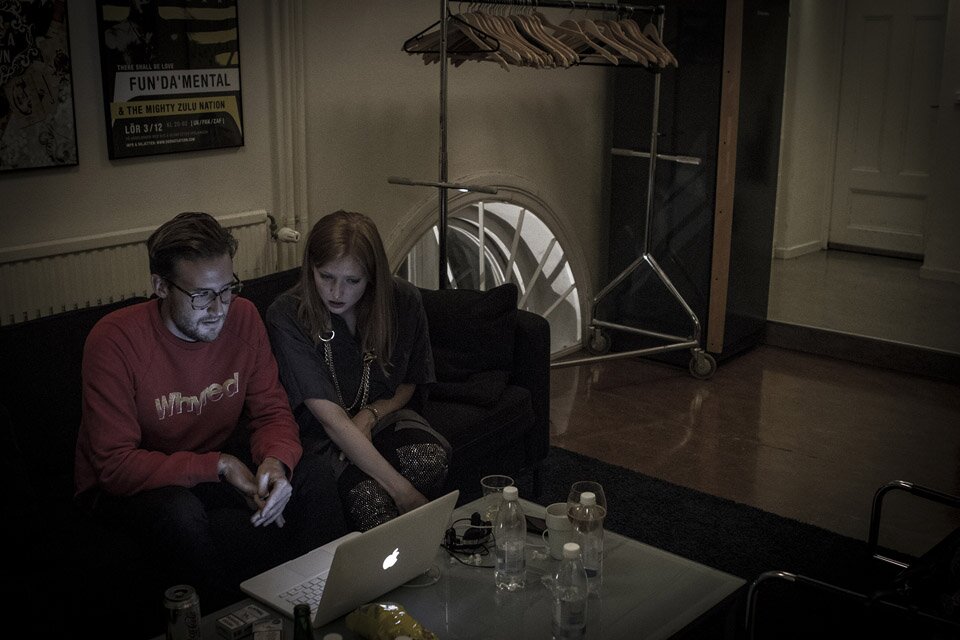